Since I was a child, I listened to my father tell me the story of his daily way to work. Every day he passed under the Tiffany & Co banner on 5th avenue. I knew investors were attracted to Tiffany & Co brand, but was that the whole story? For example, who was the owner of the mythical place on 5th avenue, Tiffany & Co itself or was rented?

When you grow up surrounded by these stories, as Jonathan Boyar has done, it is almost impossible that you are not interested in the world of investing and that you are not passionate about the search for hidden value in companies. That is what Jonathan Boyar Jr. does today, and that is what his family firm, the Boyar Group, founded by his father in 1975, which has become famous for its analysis of companies, followed and used by themselves in their wealth management and by banks and managers around the world.

When Boyar Research was born, the US was mired in the famous recession of the 1970s, called the oil crisis, characterized by a stagnant economy but high inflation. The so-called stagflation created by high oil prices and the exit of the US from the gold standard, known as “Nixon shock”.

In my opinion, there is nothing better than being born in times of crisis to be successful, because it helps you to place yourself in a skeptical mode from the beginning, something really important when we talk about valuing companies and making investments or managing any business. Many good ideas arise in times of crisis, as a result of human creativity to overcome difficulties. An example? Graham and his investment philosophy, value investing. Today Graham is well known for his investment philosophy, but after the ’29 Crash, he spent many years living in misery and managing wealth without practically making money. And that’s when he gave birth to his investment theories, just when no one had faith in the stock market anymore, when everyone thought investing was a casino.

Since 1975, Boyar Reseach has been publishing his analysis and accumulating experience of many market crises and bubbles such as the shock of the 80s or the Asian crisis of the 90s.

All this has allowed them to be more and more accurate and ensure that their selection of companies offers a profitability above the S&P500.

In both cases Boyar analyzes the financial statements of the companies, breaks them down and rebuild them according to the economic reality, thus finding investment opportunities with a focus on various methodologies.

But perhaps the most famous analysis of them is the Forgotten 40 that Boyar publishes every December. In this publication Boyar raises investment thesis of 40 companies that they believe will perform better than the indexes in the following year. And that is what the following graph shows.

Precisely based on this report Boyar has launched a fund in Europe together with the insurer Mapfre called Mapfre US Forgotten value. A fund that invests in those companies that Boyar’s team is able to locate and in which they see hidden value.

Boyar Group: Where to find opportunities

But how does the Boyar team find these opportunities? Above all, through various paths synthesized in 6 points:

The method of finding hidden assets

At Boyar Value Group they know that many times the accounting of companies hides jewels, such as buildings that are hidden from the non-expert eyes. The reason is clear: accepted accounting principles require that certain assets, such as real estate, be placed on the balance sheet at their acquisition cost, although their value increases over the years.

This makes impossible to find these hidden gems with a simple glance at these assets or by screeners. You can only find them with curiosity, patience and study.

The search for great franchises

Boyar understands that the best way to invest in hidden assets is to invest in large franchises that are hidden in unknown company names. For example, Jonathan Boyar tell us this case:

“A few years ago, we bought Stokely-Van Camp. Not because we were in love with their beans business but because this company owned Gatorade. We believed that Gatorade was worth considerably more than the entire value of the company.

In 1992 the bubble in the pharmaceutical industry burst. On average, shares of pharmaceutical companies fell 40% due to a slowdown in growth and profits due to competition from generics and discounts. This was joined by Clinton administration’s idea of ​​reforming the health care system, and investors thought that the medium-term benefits of these companies would not be as desired.

At that time Boyar wrote a report about why they thought all these negative events created a great opportunity to invest in these stocks. When an industry loses the support from Wall Street, its companies often fall far more than a buyer would pay for the entire company, and that creates buying opportunities for patient investors.

Fallen angels are companies that were once loved by Wall Street but lost their charm and the support of the investment community causing a big fall of their stocks price.

In these situations, aggressive behaviors are produced that create opportunities and this is one of the places where Boyar looks to find where to invest.

As for the special situations for Jonathan Boyar and his team, recent spin-offs and companies emerging from bankruptcy can be sources of profit for the investor who knows how to value them properly.

Much like what happens with companies emerging from bankruptcy, little analyst coverage and stigma from their past can make the company undervalue.

In my opinion, a whole world of possibilities when looking for companies whose value is well above its price.

Access exclusively, totally online and from any device to the largest investment event. A full weekend, on November 6 and 7, where you can enjoy: 12 exclusive talks given by some of the biggest investors on the world scene, 2 round tables in which we will discuss topics of global interest such as: ”market disruption” led by two phenomena such as technology and artificial intelligence, as well as “the adaptation of value investment to the new economic paradigm”.

Discover all the information about the annual Zonavalue Club event.

Jonathan Boyar: A Life Dedicated to Value Since I was a child, I listened to my father tell me the story of his daily way to work. Every day he passed under the Tiffany & Co banner on 5th avenue.… 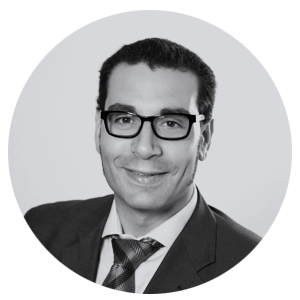